Home 5 Campaign Resources 5 What is the value of targeting mail?

What is the value of targeting mail?

For many campaigns and consultants the most time consuming part of a mail program is the bickering back and forth about wording and pictures.  Is it “back and forth” or “back-and-forth”?  Does that Question Mark go inside the quotations?

While typos can be embarrassing, the real hit to a campaign comes from poor targeting, particularly in low-turnout elections where mailers often sent to more non-voters than voters, significantly jacking up the costs of voter contact.

Here is just one example of how this works:

A common cost-cutting measure by local campaigns is to obtain the list of absentee voters from the city and do a blanket mailing to all of these by-mail voters.  PDI analysis shows that get a ballot in the mail automatically are much, much more likely to vote, particularly in low turnout elections, so this sounds like a reasonable strategy.  But maybe it isn’t.

Campaign A produces a mailer to Permanent Absentee Voters which costs .80 cents for printing/design/postage.  It is sent in the following quantities based on recent counts in the Cerritos, Pasadena and Redondo Beach local elections:

Looking at actual turnout, PAV voters in these cities turned out in significantly higher numbers, but not high enough to justify a blanket mailing.  The actual cost of this mailing, based on who turned out, was as follows:

Campaign B produces the same mailer, but instead of sending to all PAVs, they send to just the PAVs that are within the PDI targeting universe “13MM2” which is a standard recommended universe.  Because of the purchased data, the cost of the mailer increases to 82.5 cents per piece

Now the cost of each mailer plummets as quantity of mailers is cut by more than half.  At the same time, the cost per piece drops as the targeted universe is significantly more likely to capture actual voters.

What are the differences in these two approaches?

Campaign A saved approximately $0.025 per piece by using a free mail file, but spent, on average, $2.71 per voter they reached because their targeting was less efficient.

Campaign B walked away with a total of $26,620 in savings simply by using better targeting.

Campaign A did reach MORE VOTERS – on average they reached 1,500 actual voters that were missed by the more narrow targeting used by the PDI Universe.  But, at what cost?  To reach these additional 1,500 voters per city the campaign would have to spend a total of $5.63 per vote.  At that price, the campaign could have instead sent out 1.6 additional flights of mail, more than 20,000 additional pieces to the most likely voters.

END_OF_DOCUMENT_TOKEN_TO_BE_REPLACED 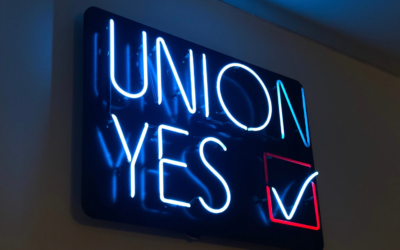